The Deathly Hallows have no power: why Harry Potter actually survived. 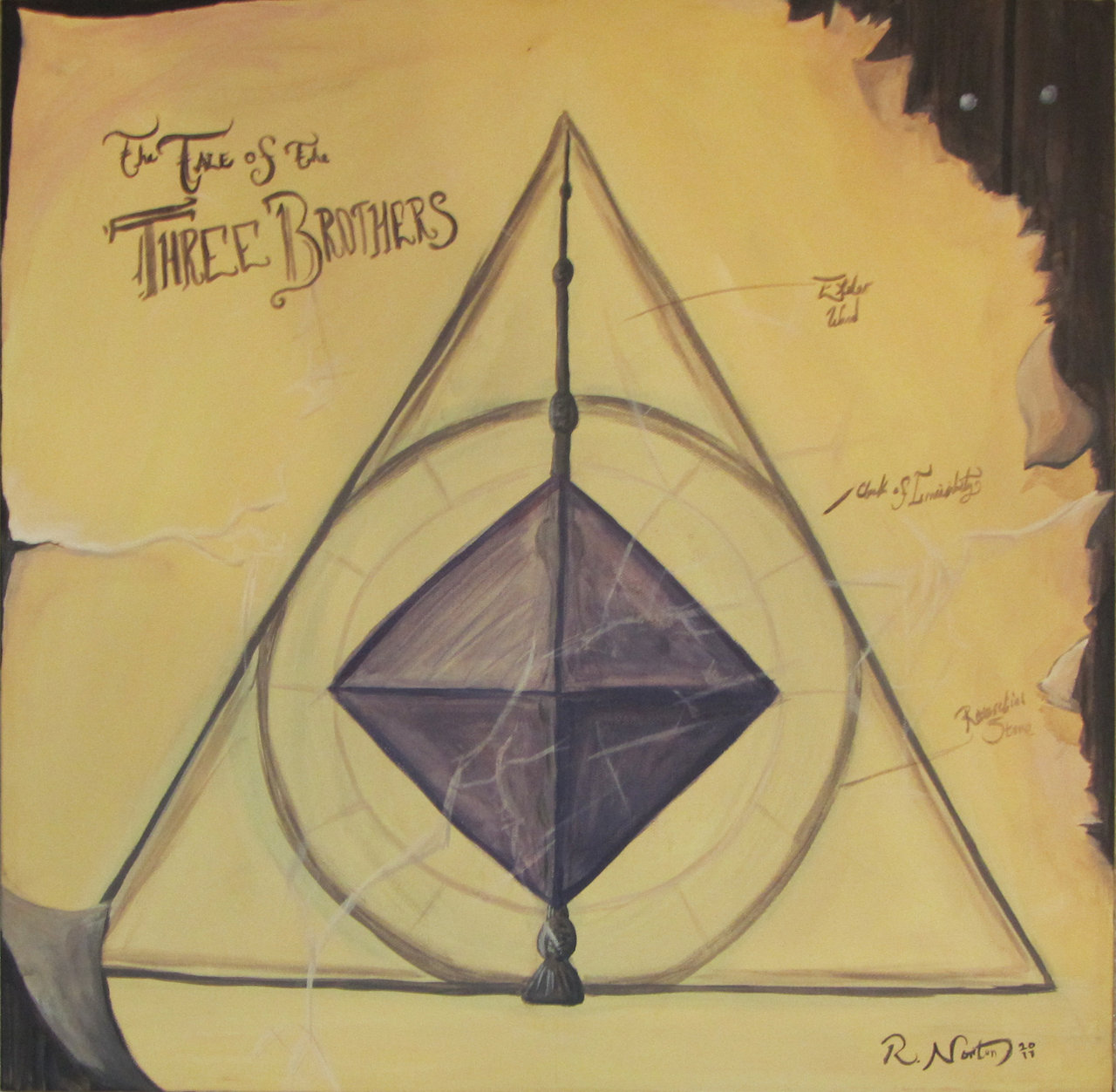 One must admit, the end of the Harry Potter books was quite confusing: Harry died but he actually did not. How did he survive? The explanation is entirely available in the book but it is so obscure JK Rowling had to explain it again on her old website . Before we delve into this, we must dispel the myth surrounding the power of the Deathly Hallows but, if you want to skip this part, you can simply click HERE.

Despite J.K. Rowling explicitly letting the Hallows aside, some still believe they had a role to play in the resurrection of the Boy Who Lived. This is not only a mistake, it also goes deeply against the message of the books: to claim such a thing is to proclaim you have missed the point of the last Harry Potter book. Once again, even Rowling says so. This misunderstanding probably finds its roots in the highly symbolic and spiritual nature of the Deathly Hallows.

Refresher: The Tale of the Three Brothers and the myth of the Deathly Hallows

You know the tale: each brother obtains an incredibly powerful object from the hands of Death. The elder gets a wand that supposedly makes him invincible; the second brother receives a stone that supposedly brings back the dead; the youngest takes a bit of Death’s cloak that makes him invisible to all, Death included.

It is, of course, a mere children tale: the artefacts do exist, but they were not given by Death. They were forged by very powerful wizards, as hinted by Dumbledore at the end of the 7th book (p.572)[[All quotations from Harry Potter and the Deathly Hallows come from the hardcover Bloomsbury first edition.]]. The proof is, their powers are not what the tale makes them out to be. The wand is everything but invincible; the stone only summons ghosts that temporarily remain visible to a single person; the cloak does not protect from basic spells, no more than any other invisibility cloak (how many time is Harry hit by a spell while wearing the cloak?). This fact is already introduced in the tale itself when it comes to the wand and the stone: the cloak only seems to work because it is the vector of the moral.

The moral is double: the tale teaches that one must live humbly and away from conflicts in order to live long and that one must welcome death as another adventure as it is unavoidable. Yes, the moral of the tale is already that there is no such thing as immortality or mastering death. The two older brothers lead a life of violence (wand) and necromancy (stone), which leads to their untimely end. 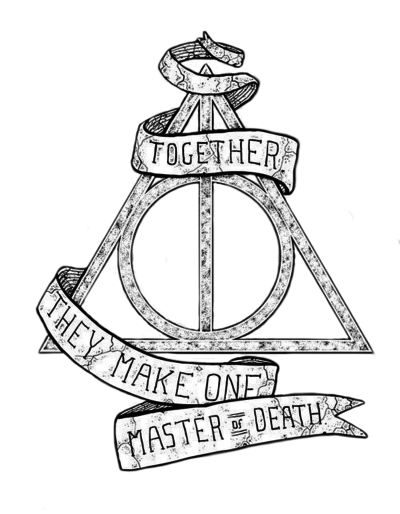 On top of this tale, the myth of the Deathly Hallows was born: gathering the three artefacts makes one Master of Death, i.e. immortal. This idea is never mentioned in the original tale and was born from the sick imagination of corrupted wizards like Grindelwald and, once upon a time, Dumbledore, as well as other unreliable sorcerers.

This power is a mere myth, as outlined by Dumbledore in his commentary of the tale, available in The Tales of Beedle the Bard: 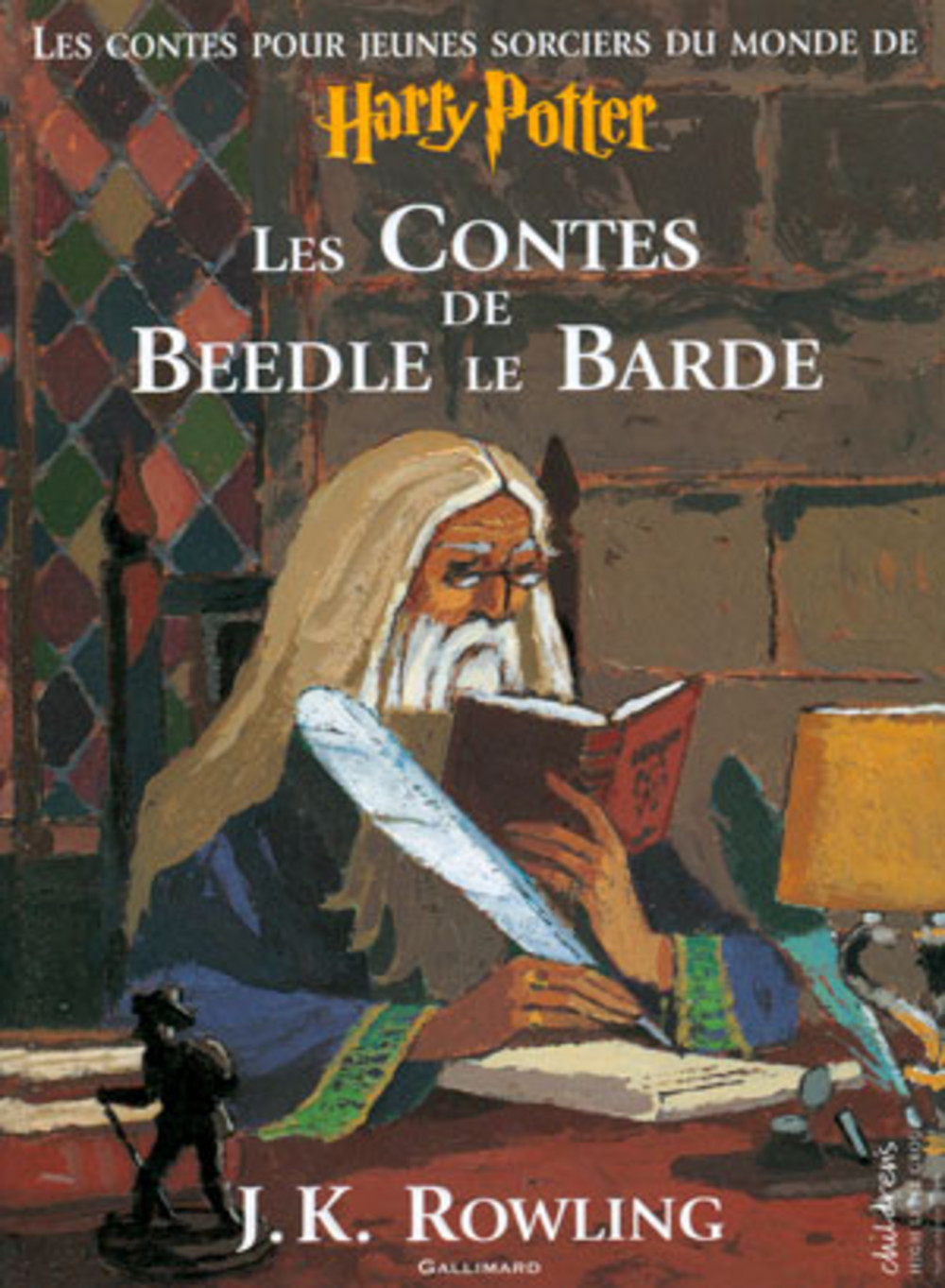 Once gathered, the Hallows have zero power. After all, why bother with the three of them to become immortal when the cloak should suffice if we took their power literally? It makes no sense.

The symbolic value of the Master of Death

Once again, this wisdom comes from Dumbledore and it is imparted to us in Deathly Hallows: Harry is the true Master of Death because he accepts death as being part of life, something that cannot be escaped. Just like the third brother, Harry “greeted Death as an old friend”, without seeking to resist it. This is true meaning of the phrase and it is purely symbolic. There is no need to acquire the three Hallows to obtain this title, and it does not confer any extraordinary powers. It is written in the book.

Other interpretations reveal the source of the mistake made by those who believe in the power of the Hallows. It seems obvious that, if taken literally, the power of the three Hallows brought together would make the owner a living god, able to give death (wand), give life (stone) and invincible (cloak); in which case, being Master of Death would mean “to master all aspects of it”, but it would not be a condition for immortality.
To summarise, there are three ways to understand the phrase Master of Death:
• The moral one, as explained by the book, purely symbolic: overcoming the natural fear of dying. having La bonne, comme l’explique les livres, symbolique : avoir maîtrisé sa peur de la mort.
• The literal one : having mastered all aspects of death, which is impossible once we understand the Hallows do not have the absolute power they are supposed to have
• The bad one, Grindelwald’s, which goes against the moral of the tale and of the Harry Potter story: accessing immortality.

Why would Dumbledore lead Harry towards the Hallows? 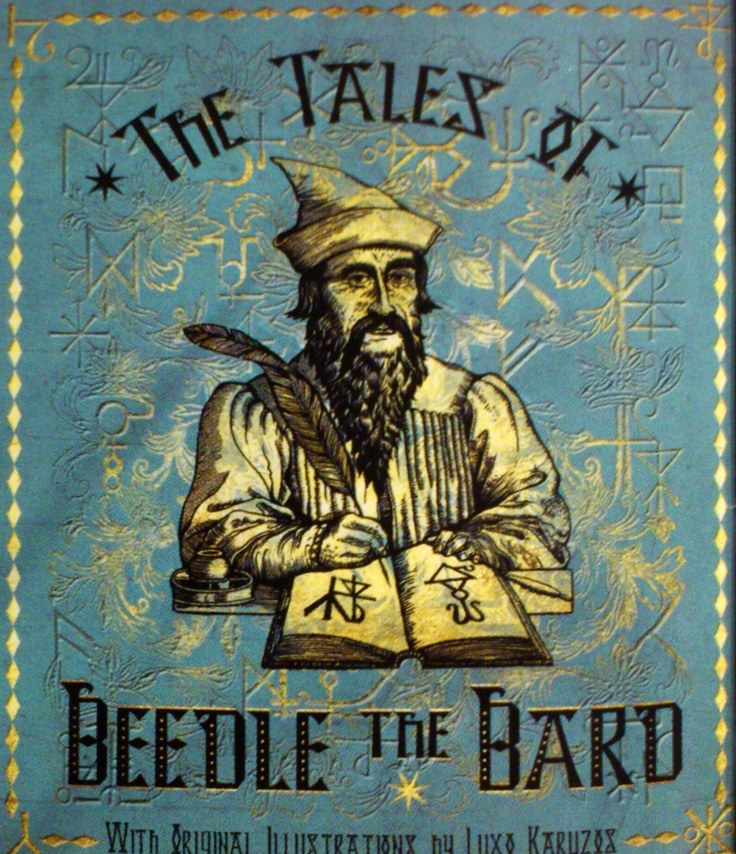 Dumbledore does not put Harry on the quest for the Deathly Hallows. He sends him on a philosophical quest. Through the moral of the tale, he wants Harry to understand that the only way to win against death is to accept it, not resist it. Dumbledore does not want Harry to possess all three Hallows – there is no way he could guarantee Harry will obtain the wand – he wants Harry to understand that Voldemort is mistaken in his quest for the Elder Wand, that it is not where lies the solution.

Why did Dumbledore give Harry the stone, then?

Firslty because it is an horcrux and it must be kept safely so Voldemort does not realise his secret is out. Secondly, because Dumbledore knows its (actual) power and that it will give Harry the strength to act when the time has come: that is why he can only access it once he is ready to die.

It is not the first time Harry confronts Voldemort with the moral support of ‘shadows’ coming back from the dead to comfort him: this phenomenon occurred in Goblet of Fire. Dumbledore knows Harry will need to be surrounded; he knows his Chosen One’s strength springs from love… so he gave him the stone for him to find the courage to die in the ghost of his loved ones.

When Harry uses the stone, we see once more that the stone does not do what the myth pretends it does. It does not bring James, Lily, Sirius and Lupin back from the dead but merely projects their memory, similar to those from the priori incantatum. Except, this time, they are only visible to Harry. A very powerful magic, indeed, but nothing like bringing the dead back to life.

Harry owns the three Hallows when he dies

Mere coincidence? Of course not! J.K. Rowling is far to clever to leave anything like this to chance!
She manages to give Harry all three Hallows at the time of his death as a way to symbolise his journey. It makes explicit the moral of the book. In other word, it is not because Harry owns the three Hallows that he is a master of death; it is because he is a master of death that he owns all three Hallows. Which does not confer any additional power, may I repeat that. 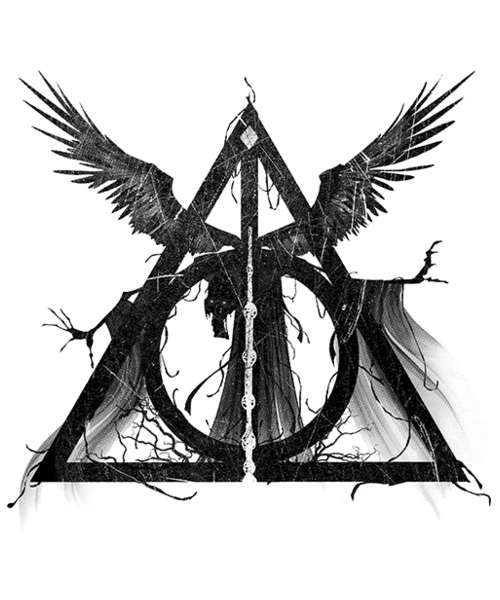 The author wants the reader to understand that, at this point, her hero’s quest has ended; that he has understood the greatest lesson of all… and she uses the Hallows to do so. She uses the Tale of the Three Brothers, a story within her story, to make her moral clear; then she uses the myth of the Hallows to signify her hero’s educational journey has ended. Yes, Harry was the master of death; no, not the way the myth made it out to be.

In which case, how does Harry survive?

True, if it is not thanks to the three Hallows united, how does he come back from the White King’s Cross?

The answer lies within the combination of two things. The first one is the fact Voldemort does not own the wand he uses; therefore his spells are weakened. He also uses it against Harry, rightful owner, and the wand therefore resists his will. Avada Kedavra remains a powerful spell and even its weakened casting sends Harry to a place where he could decide to let go and die while also destructing the piece of Horcrux that lived inside his soul.

The second aspect of Harry’s survival comes from Lily’s blood and its magic properties. By taking Harry’s blood to recover his own body, Voldemort ‘acts almost like a Horcrux for Harry’ (sic J.K. Rowling); neither can die while the other one lives, as they are both horcruxes of each other. Thanks to this ‘emergency exit’, the magic that runs in Harry’s blood because of Lily’s protective power, Harry can decide to come back to the living world.

The author insists on the fact it is not a scientific formula; the combination of these two elements was not a guarantee for victory and survival. Ultimately, it was Harry’s qualities that allowed him to triumph over Voldemort. It is his ‘deep understanding’ of what Dumbledore taught him about love, compassion and the symbolic of the Tale of the Three Brothers that saved Harry.

The reasons for Harry survival are not to be found in any theory as they are written on paper within the book. The symbolic nature of the Deathly Hallows is not yet understood by many fans but the book clearly condemns those who, like Voldemort ‘take no trouble to comprehend’ and ‘understand nothing’ of children’s tales (Book 7, p.268). Who do not realise the Hallows are ‘a lure for fools’ (Book 7, p.571). There is no doubt what the underlying message is. 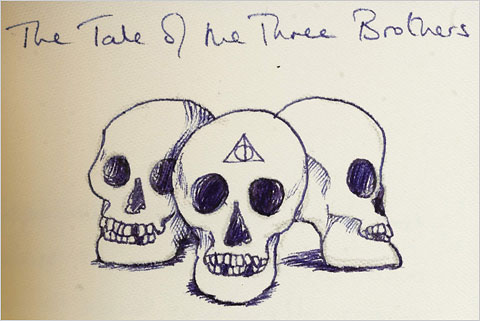 Harry is not immortal because he owns all three of the Deathly Hallows and becomes master of death; he is master of death because he accepts his mortality. He owes his survival to this acceptation and any other explanation goes against the moral of the entire story.

To paraphrase Dumbledore and, through him, J.K. Rowling: “in spite of the clear message that Death comes for us all in the end, a tiny minority of readers persists in believing that the author was sending them a coded message, which is the exact reverse of the one set down in ink”. 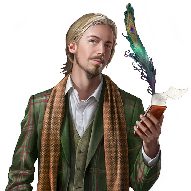